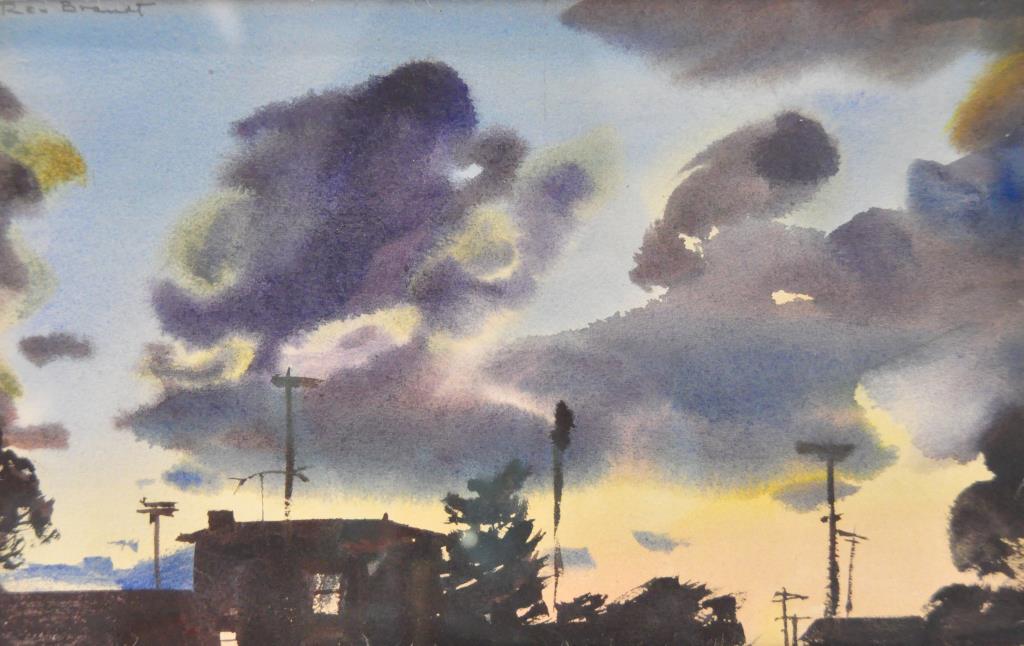 Rex Brandt (1914-2000) was a native California artist who gained national recognition for his watercolor masterpieces depicting the beauty of California landscapes. Brandt studied at the Chouinard Art Institute in Los Angeles in 1928 and continued his education at the University of California, Berkeley. Brandt’s talent did not go unnoticed: at a young age, his skill caught the attention of more established artists in the California Watercolor Society and he was promptly accepted into the group. Brandt would eventually become president of the organization in 1948.

Brandt is easily considered one of the most important and influential California watercolor artists. His passion for watercolor painting led to his role as both dedicated artist and teacher. Brandt wrote over ten books about watercolor painting, made six educational films, and conducted painting workshops in various locations, including his home in Corona del Mar. Mr. Brandt’s influence is still prevalent today in Newport Beach, most evident in the city seal Brandt designed in 1957 after being approached by then City Manager Robert Shelton.

The City Arts Commission is pleased to present an exhibition of Rex Brandt paintings,—on loan from the Fox Family—on display at the Central Library Gallery from May 17 through July 2. This nine-piece collection was curated between 1950 and 1964 by Cort Fox, who was a founding member of the Balboa Bay Club and one of its original residents. It was there that he met Brandt and became a true admirer, acquiring one to two paintings a year, first for display at the Cort Fox Ford Dealership in Hollywood and later at his residence at the Bay Club, where he lived until his death in 1993. His son, Warren—sharing his father's love of the California coast and the beauty of Brandt's work—continued to display the paintings proudly at his residence at the Bay Club as well as Bermuda Dunes and Louden, Tennessee. These cherished paintings have traveled far and, in a sense, have finally come home to the shores that inspired their creation. The City Arts Commission is honored to display these works for the public to enjoy.

The exhibition will be on display May 17 through July 2, 2021, during the library's operating hours.