One of us is Lying by Karen M. Mcmanus 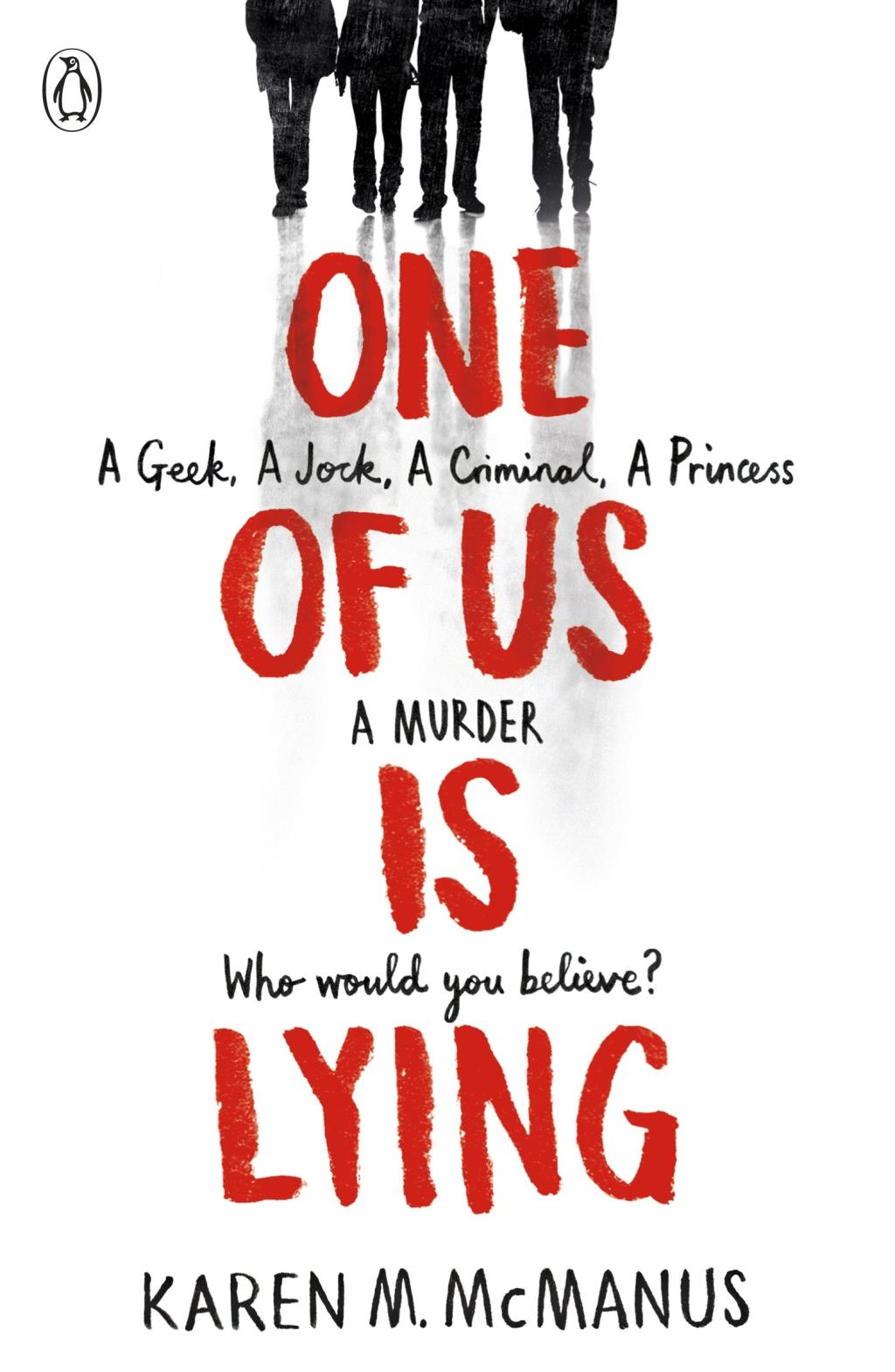 One of Us is Lying by Karen M. McManus is a YA murder-mystery novel. This captivating book revolves around four teenagers who were all living their own lives, until the death, or murder, of one of their classmates. The main characters, Bronwyn, Addie, Nate, and Cooper all became prime suspects of Simon’s murder when he suddenly dropped dead from drinking water out of a cup in the science classroom. Them being the only people in the room at the time, makes them the most suspicious.


Karen M. McManus tells this story through multiple points of view, chapters altering from each character’s perspective. Each of the characters feed into the highschool stereotypes: Bronwyn being the nerd, Addie the popular girl, Nate the drug-addict, and Cooper the baseball star. I think it’s really interesting to read the story from different perspectives because it shows how no one is ever completely what they seem to be. My favorite character is Addie because even though she has the “picture-perfect” life that every girl could only dream of having, the story told from her point of view shows her inner struggles. The interactions and chemistry between the characters is one of my favorite parts of this story.


Simon, before he died, ran an app called About That, which exposed all the secrets of everyone in the school. Simon ruined friendships, relationships, and even lives. No one knew how he knew everything, and everyone hated him for it. However, no one really wanted to kill him, so it came as a shock when the police started to suspect the main characters. As the press started to follow the story of these “high school murders,” the public coined them as the “Bayview Four.” The reader learns that everyone has their own secrets, and there isn’t one character that the reader can completely trust all the time.


I absolutely love this book, and I recommend it to people 13 and older as it contains some profanity and heavy topics. This book talks about how there is always more to people than what meets the eye; the good and the bad. With the different perspectives McManus provides, the reader can feel as if they’re really in the story. I was completely hooked into this book and I finished reading it in one day. With the riveting plot and the complex characters, this book is definitely a page turner and I was hooked until the end. Without spoiling this masterpiece, all I can say was that I did not see the ending coming and it left me thinking about it for the rest of the week.


Everything about this book is absolutely perfect, and it’s one the books that inspired my love for reading. This book deserves a solid 10/10 for the gripping plot and the universal themes that keeps the reader engrossed in the book until the very end.

Checkout One of Us is Lying from the Newport Beach Public Library.