Why Are Earthquakes a Threat to Newport Beach? 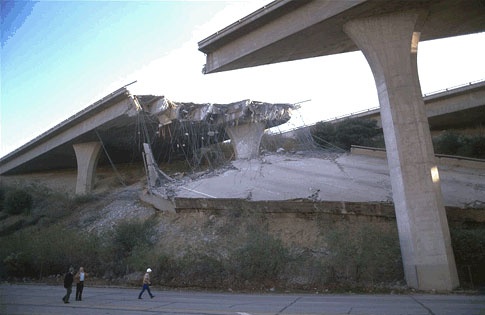 While Newport Beach is at risk from many natural and man-made hazards, an earthquake is the event with the greatest potential for far-reaching loss of life or property, and economic damage. This is true for most of Southern California, since damaging earthquakes occur relatively frequently, affect widespread areas, trigger many secondary effects, and can overwhelm the ability of local jurisdictions to respond. Earthquake-triggered geologic effects include ground shaking, surface fault rupture, landslides, liquefaction, subsidence, and seiches. Earthquakes can also cause human-made hazards such as urban fires, dam failures, and toxic chemical releases.

In California, recent earthquakes in or near urban environments have caused relatively few casualties. This is due more to luck than design. For example, when a portion of the Nimitz Freeway in Oakland collapsed at rush hour during the 1989, MW 7.1 Loma Prieta earthquake, the freeway was uncommonly empty because so many were watching the World Series. The 1994, MW 6.7 Northridge earthquake occurred before dawn, when most people were home safely in bed. Despite such good luck, California’s urban earthquakes have resulted in significant losses.

The moderate-sized Northridge earthquake caused 54 deaths, more than 1,500 injuries and nearly $30 billion in damage. For days afterward, thousands of homes and businesses were without electricity; tens of thousands had no gas; and nearly 50,000 had little or no water. Approximately 15,000 structures were moderately to severely damaged, which left thousands of people temporarily homeless. Several collapsed bridges and overpasses created commuter havoc on the freeway system. Extensive damage was caused by ground shaking, with shaking-induced liquefaction and dozens of fires after the earthquake causing additional damage. This moderately sized earthquake resulted in record economic losses, and yet Newport Beach is at risk from earthquakes that could release more than ten times the seismic energy of the Northridge earthquake.

Historical and geological records show that California has a long history of seismic events. The state is probably best known for the San Andreas fault, a 750-mile-long fault running from the Mexican border to a point offshore west of San Francisco. Geologic studies show that over the past 1,400 to 1,500 years, large earthquakes have occurred on the southern San Andreas fault at about 130-year intervals. As the last large earthquake on the southern San Andreas occurred in 1857, that section of the fault is considered a likely location for an earthquake within the next few decades.

The San Andreas fault, however, is only one of dozens of known faults that criss-cross southern California. Some of the better-known faults include the Sierra Madre, Newport-Inglewood, Whittier, Elsinore, Hollywood, and Palos Verdes faults. Of these, the Newport-Inglewood fault zone extends through the southwestern portion of Newport Beach (see Map 6.1), whereas the Whittier fault, although not extending through the city is sufficiently close to still cause extensive damage in Newport Beach. Seismologists are in agreement that a magnitude 6.0 to 6.5 earthquake on the Newport-Inglewood fault has the potential to cause more damage and casualties than a “great” quake on the San Andreas fault, because the San Andreas fault is farther away from the urban centers of southern California. There are also several “blind” faults that underlie southern California. “Blind” faults do not break the surface, but rather occur thousands of feet below the ground. They are not less of a seismic hazard, though. Newport Beach is underlain by one of these “blind” faults, namely, the San Joaquin Hills fault.