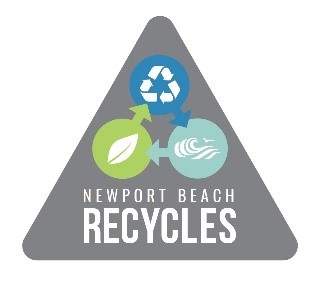 The City of Newport Beach Public Works Department manages the collection of residential refuse through a service contract with CR&R Incorporated.  Residential refuse services currently include both waste and recyclable materials by way of a two-cart system.  In accordance with City of Newport Beach Municipal Code Chapter 6.04, Garbage, Refuse, and Cuttings, the city covers the cost and expense of collecting, hauling away and disposing of solid waste with property tax revenues through the City’s General Fund.

Due to changes in state law, in 1990, the City Council adopted Ordinance No. 90-6 establishing a Recycling Service Fee to recover the costs incurred by the City in satisfying State mandated recycling requirements. The City’s current Schedule of Rents Fines, and Fees (SRFF) includes a Recycling Service Fee which was last updated on December 8, 2009 and has since remained at $3 per residential unit per month.

A combination of multiple factors has necessitated a study of the Recycling Service Fee including:

The recommended 2020 Recycling Service Fee will ensure that the General Fund has sufficient revenue to cover the operational costs of providing residential recycling services.  The fee was recently studied by the City’s fee consultant, MGT of America.

July 1, 2009 – The last Recycling Service Fee increase for City of Newport Beach residential refuse customers taking the fee to the current rate of $3 per residential unit per month.

September/October 2020 - MGT of America conducts a review and study of the fee based on current operational costs.

In November 1996, California voters approved Proposition 218.  As a result, California agencies such as the City of Newport Beach, must comply with its requirements when setting or adjusting assessments or fees. Proposition 218 requires the City to provide written notice by mail to the owner of each parcel upon which the fee will be imposed.  The Proposition 218 notice contains the following:

1.  The proposed amount of the fees;

2.  The basis upon which the fee rates were calculated;

3.  An explanation of the need for the adjusted fees; and

4. The date, time, and location of the public hearing at which the City Council will consider the proposed fees.

On January 26, 2021, City Council will consider the 2020 Recycling Service Fee Study consisting of the cost of service and recommended fee increases brought forward by the Public Works Department.  If approved, staff will move forward with mailing the Proposition 218 notice 45 days prior to the public hearing to all impacted residential property owners and refuse customers to inform them of the proposed fee adjustments and set the public hearing for March 23, 2021 to allow for submission of a protest.  At the public hearing, any protests will be tabulated to determine whether Recycling Service Fee rates will go into effect. This notice will provide detailed information about the fee adjustment recommendations with rate adjustments effective April 2021.

The Recycling Service Fee is a cost of service fee based solely on recovery of those operational costs associated with collection of recyclable materials in accordance with state mandates.  Because there are two separate contracts with CR&R Incorporated, one for Newport Coast and the other for the remaining area of the City provided trash services, the study resulted in there being two different calculations and resulting fees.

The California Integrated Waste Management Act (AB 939) requires all California cities, counties, and approved regional solid waste management agencies to enact and implement recycling diversion plans. A minimum of a 50% recycling rate must be met on an annual basis.

What City Municipal Code references the Recycling Service Fee? Is it possible to opt out paying this fee?

As a result of state mandates requiring increased mandatory diversion rates in California recycling programs, in 1990, the City Council adopted Ordinance No. 90-6 establishing a Recycling Service Fee to recover the costs incurred by the City in satisfying State mandated recycling requirements. Per Ordinance No. 90-6 payment of the Recycling Service Fee shall be the responsibility of the owner of the property and there is no current ability to opt out of the fee.

On June 28, 2005, the City Council adopted Resolution 2005-38 to recover the contract costs related to meeting the State mandated recycling diversion rates, at $2.93 per residential household. The last time the Recycling Service Fee was updated to reflect increasing recycling cost was December 8, 2009. Currently City residents, excluding Newport Coast, pay a fee of $3.00 per month. The proposed rate is $5.86 per month for Newport Coast residents and $6.28 per month for City residents.

Why has Newport Coast not been paying a recycling fee all these years?

On January 1, 2002, the City of Newport Beach officially annexed Newport Coast from the County of Orange, and on February 12, 2002, the City approved a contract with Waste Management of Orange County to continue providing the refuse collection services. At the time, the recycling fee was not updated to incorporate the Newport Coast refuse contract. Due to the mandated 50% diversion rates and recycling requirements from the State, Council has assessed this fee and felt it necessary for Newport Coast to be a part of our citywide efforts to maintain State compliance on recycling.

Why are there two different recycling fees? One for Newport Coast and the other for the City at large?

When Newport Coast was annexed from the County, the contract held for residential refuse service remained as a separate contract. The fees are different due to the differing cost of recycling service by contract and the amount of recycling materials being processed (smaller area = lower fee). Once contracts are merged, it is likely that the fee will be revisited (at a future date to be determined) and applied as one consistent fee for all residents.

Who completed the analysis for the recycling fee increase?

MGT Financial Services, a consultant for Newport Beach Finance Department completed the financial analysis. A copy of the report can be found at Recycling Service Fee Study.

How is CR&R processing recycling material?

CR&R recycling collection services vary between areas based on agreement and program requirements. Recycling is provided through two methods, mixed waste processing and source separation with the recycling cart. Mixed waste processing is whereby waste containers are sorted to pull out recyclable material and produces less recycling diversion due to higher levels of contamination. Although dependent upon the level of participation, source separation with use of a recycling cart provides cleaner recyclable material and is preferable program method for state regulatory compliance. CR&R submits recycling diversion reports to the City demonstrating how much material is pulled out for recycling. These reports are sent on a monthly basis for both waste service contracts. This information is reported to the State on an annual basis.

When will the Public Hearing take place? How can a resident protest the proposed increase?